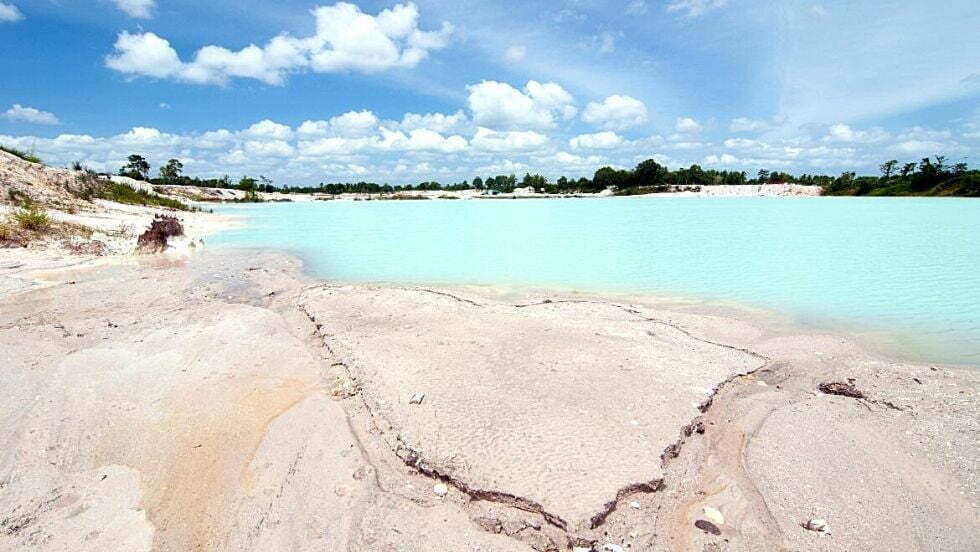 Bangka Belitung leaves stories about tin and kaolin mines which were the prima donnas decades ago on the island. The former kaolin mining excavations are now lakes that have beautiful colors, even so there are still kaolin mining activities in Bangka Belitung. Now, you can still also find the kaolin clay supplier Indonesia. The unique thing about kaolin lake water will be blue when the weather is sunny and turn green when the weather is cloudy.

Kaolin is a clay mineral with the main content being the mineral kaolinite which is composed of hydrated aluminasilicate. In addition to kaolinite, other minerals contained in kaolin are dickite, nakrite and haloisite.

Kaolin also has an interest in geology because of its different formation processes. The presence of volcanic rocks from volcanoes and hydrothermal alteration is an indicator of the formation of kaolin rocks.

In the industrial world, it is used as a raw material for paints, ceramics, paper. In the paint industry, kaolin can be used as a good pigment because it can maintain color brightness, makes it easier to make color combinations, increases paint density, forms texture, supports the covering power of paint on the surface to be coated, and increases color brightness.

In the ceramics industry, kaolin provides plastic properties so that ceramic raw materials can and are easily shaped before being fired. Together with ball clay when used together it will increase the plasticity of the mass (mixture) which will make it easier to shape and strengthen the dry strength of ceramic products.

In the paper industry, kaolin serves as a pulp filling material where the presence of kaolin in the paper will add weight, be whiter, not transparent, and not easily torn. In newsprint, kaolin is present as much as 2% whereas in better paper it can contain up to 30% kaolin.

The unique thing about the mineral kaolin is its use in the beauty industry. The kaolin used is usually in the form of clay or commonly called clay. Kaolin clay is used as raw material for making masks. Kaolin is a thickening agent in masks which functions to absorb dirt in pores, refine facial skin, prevent acne, and improve blood circulation.